Steering genomics into the future

About Us /Board of Directors

Our Board of Directors is a diverse group of leaders who champion scientific innovation.

The Board ensures that the company is equipped with the tools that it needs to accelerate the power of genomics. 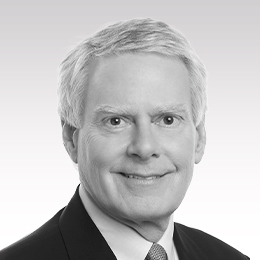 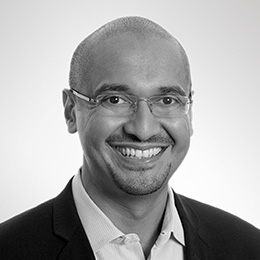 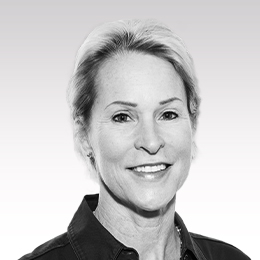 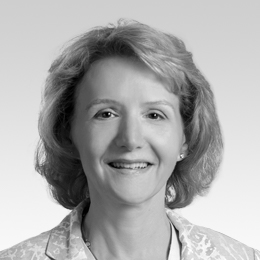 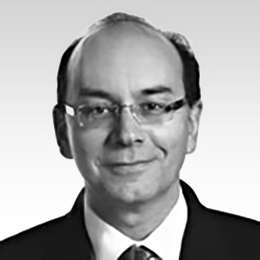 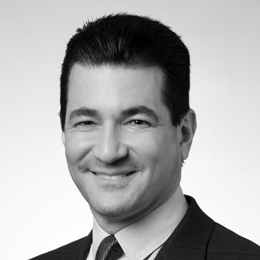 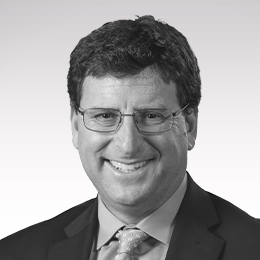 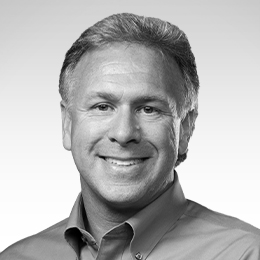 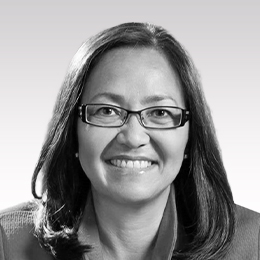 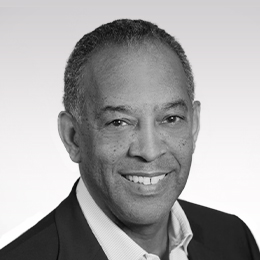 Jay led Illumina as CEO from 1999 until mid-2016, served as Executive Chairman from mid-2016 through 2019, and now serves as Chairman of the Board. During his tenure as CEO, he took the company from $1.3 million in sales in 2000 to $2.2 billion in 2015, representing a compound annual growth rate of 64 percent. He oversaw the company's expansion from microarrays into next-generation sequencing with the acquisition of Solexa in 2006, and from research into clinical and applied markets. Under his leadership, Illumina was named multiple times to the Deloitte & Touche Fast 50 and Fast 500 lists, as well as to the Forbes 25 Fastest-Growing Tech Companies (2007, 2009 and 2010), the Fortune 100 Fastest-Growing Companies (2010 and 2011) lists, and recognition by MIT Technology Review as the World's Smartest Company in 2014.

Previously, Jay served as President and Chief Executive Officer of Molecular Dynamics, later acquired by Amersham Pharmacia Biotech and now a part of GE Healthcare. As a co-founder and member of the board of directors for Molecular Dynamics he led the company to its initial public offering in 1993. While there, he also helped Molecular Dynamics develop and launch over 15 major instrumentation systems, including the first capillary-based DNA sequencer. Prior to joining Molecular Dynamics, Jay was Vice President of Engineering and Strategic Planning for Plexus Computers, Executive Vice President for Manning Technologies and held various positions at Spectra Physics.

Francis deSouza was appointed President & CEO of Illumina in 2016 and is responsible for directing all aspects of company strategy, planning, and operations. He initially joined the company as President in 2013, and led Illumina’s business units and core functions responsible for envisioning, developing and producing the company’s products.

Previously, deSouza served as President of Products and Services at Symantec Corporation, where he was responsible for driving the vision for the company’s market-leading portfolio and served in a variety of executive roles. He joined Symantec through the acquisition of IMlogic, where he was co-founder and CEO.

Prior to joining IMlogic, deSouza was co-founder and CEO of Flash Communications, a provider of corporate instant messaging that was acquired by Microsoft. Following the acquisition, he joined Microsoft and led the team responsible for the development of the company’s enterprise real-time collaboration offerings. Currently, he is a member of the board of directors for The Walt Disney Company.

Francis deSouza received a B.S. and M.S. in Electrical Engineering and Computer Science from the Massachusetts Institute of Technology.

Dr. Arnold has been a director since 2016. She is the Linus Pauling Professor of Chemical Engineering, Bioengineering and Biochemistry at the California Institute of Technology, where she has been on the faculty since 1986. Dr. Arnold received the Nobel Prize in Chemistry (2018) for pioneering directed enzyme evolution; she has used those methods to create enzymes for alternative energy, chemicals, and medicine. She co-chairs the Presidential Council of Advisors on Science and Technology. She received the Charles Stark Draper Prize of the US National Academy of Engineering in 2011, the US National Medal of Technology and Innovation from President Obama in 2013, and the Millennium Technology Prize in 2016. She has been elected to all three US National Academies of Science, Medicine, and Engineering, and was appointed by Pope Francis to the Pontifical Academy of Sciences in 2019. Dr. Arnold is a co-inventor on 62 issued US patents.

Dr. Epstein has been a director since November 2012. Dr. Epstein is an epidemiologist who worked in public health and academia before joining the private sector. From 2010 to 2012, Dr. Epstein was Chief R&D Officer and President of Medco-UBC, a 2,400 person global research organization focused on conducting personalized medicine, health economics, drug safety, outcomes, and comparative effectiveness research on behalf of the biopharmaceutical, medical device, and diagnostics industries. Prior to this role, Dr. Epstein was Medco’s Chief Medical Officer for 13 years, where he led formulary development, clinical guideline development, drug information services, personalized medicine program development, and client analytics and reporting. Dr. Epstein is also the former President of the International Society of Pharmacoeconomics and Outcomes Research (ISPOR), and has served on the boards of directors of the Drug Information Association (DIA) and the International Society of Quality of Life. Dr. Epstein serves on the Board of Directors of Fate Therapeutics, Inc. and Veracyte, Inc. Dr. Epstein also serves as a director of the following privately-held companies: Intellos LLC, a diagnostics company; and Proteus Digital Health, a healthcare technology company. Dr. Epstein has published more than 75 peer-reviewed medical articles and book chapters and serves as a reviewer for several influential medical journals, including the New England Journal of Medicine and JAMA (The Journal of the American Medical Association).

Gary S. Guthart, Ph.D. has been director since December 2017. Dr. Guthart is currently President and Chief Executive Officer of Intuitive Surgical, a global leader in the field of robotic-assisted minimally invasive surgery. He joined Intuitive Surgical in April 1996 and has served as the Chief Executive Officer since January 2010. In July 2007, he was promoted to President, having assumed the role of Chief Operating Officer in February 2006. Prior to joining Intuitive Surgical, Dr. Guthart was part of the core team developing foundation technology for computer enhanced-surgery at SRI International (formerly Stanford Research Institute). Dr. Guthart served as a member of the Board of Directors of Affymetrix, Inc. from May 2009 until its acquisition by Thermo Fisher Scientific Inc. in March 2016.

Mr. Schiller has been a director since July 2016. Mr. Schiller is currently an Apple Fellow at Apple Inc. He rejoined Apple Inc. in April 1997 and began serving as Senior Vice President, Worldwide Marketing in February 2002 as a member of Apple's executive team responsible for the company's product marketing, developer relations, business marketing, education marketing, international marketing, and App Store programs. He has helped Apple create and market some of the best-selling products in the world including the Mac, iPod, iTunes, iPhone, the App Store, Apple TV, and the Apple Watch. Prior to rejoining Apple, Mr. Schiller was Vice President of Product Marketing at Macromedia, Inc. from 1995 to 1997 and Director of Product Marketing at FirePower Systems, Inc. from 1993 to 1995. Prior to that, Mr. Schiller spent six years at Apple in various marketing positions.

Mr. Schiller received a B.S. in biology from Boston College.

Sue Siegel has been a director since February 2019. She has driven game-changing ideas and powered companies that advance industries and improve lives for more than three decades. With vast experience across industries, she is on the forefront of the Fourth Industrial Revolution and is helping companies identify and seize transformative digital opportunities.

Before joining GE, Sue was a Silicon Valley-based healthcare and life sciences VC, leading investments in precision medicine, digital health, and life science tools. Prior to becoming a venture capitalist, Sue led Affymetrix as President and board member, where she led the company's transformation from a pre-revenue startup to a global, multi-billion-dollar market cap genomics leader. Sue also held executive leadership roles at Amersham, DuPont, and Bio-Rad after transitioning to a corporate career from early academic work in molecular biology and biochemistry.

Sue also serves on the boards of Align Technologies (ALGN), Nevro (NVRO), the Kaiser Family Foundation, and is the Chair of MIT's The Engine. Additionally, she serves on the advisory boards for Mass General Brigham's Innovation Growth Board, University of California Innovation Council, RAND Health Care and the U.K. National Health Services Digital Academy. She co-chairs Stanford Medicine Board of Fellows.

A leader in technology and business, Sue has been recognized in Fortune's "34 Leaders Who Are Changing Health Care" and as one of "The 100 Most Influential Women in Silicon Valley" by Silicon Valley Business Journal. She is an Aspen Institute Henry Crown Fellow and is a featured "Multiplier" in the bestselling book: "Multipliers: How the Best Leaders Make Everyone Smarter."

John W. Thompson has been a director since 2017. He brings executive leadership experience having served as chief executive officer roles at Virtual Instruments and Symantec as well as 28 years of prior leadership experience at IBM where he held senior roles in sales, marketing, software development and as general manager of IBM Americas. He is chairman of the board at Microsoft and has served on the corporate boards of Symantec, NIPSCO (Northern Indiana Public Service Company), Fortune Brands, Seagate Technologies, and United Parcel Service (UPS). Mr. Thompson is a member of the board of trustees for the Wetlands America Trust and formerly a member of the national board of Teach for America.

In addition, he has served on several government commissions including the Financial Crisis Inquiry Commission, the National Infrastructure Advisory Council, and the Silicon Valley Blue Ribbon Task Force on Aviation Security and Technology.

He received his B.A. in business administration from Florida A&M University and M.S. in management science from MIT’s Sloan School of Management.

Dr. Gottlieb has been a director since February 2020. Dr. Gottlieb is a physician and served as the 23rd Commissioner of the U.S. Food and Drug Administration from 2017 to 2019. His work focuses on advancing public health through developing and implementing innovative approaches to improving medical outcomes, reshaping healthcare delivery, and expanding consumer choice and safety. He is currently a partner at the venture capital firm New Enterprise Associates and a Resident Fellow at the American Enterprise Institute, and he serves as a director of Pfizer, Aetion, Tempus Labs, and National Resilience. Dr. Gottlieb held several roles in the public and private sectors prior to serving as FDA Commissioner, including serving as a venture partner at New Enterprise Associates from 2007 to 2017. Dr. Gottlieb was previously the FDA's Deputy Commissioner for Medical and Scientific Affairs from 2005 to 2007, as well as a senior advisor to the FDA Commissioner from 2003 to 2004. He was also a senior advisor to the Administrator of the Centers for Medicare and Medicaid Services in 2004. Dr. Gottlieb has advised the states of Massachusetts, Maryland, and Montana on the Covid response as a member of state advisory boards. He is a contributor to CNBC and CBS Face the Nation.

Dr. Gottlieb received a B.A. in economics from Wesleyan University and his M.D. from the Icahn School of Medicine at Mount Sinai.