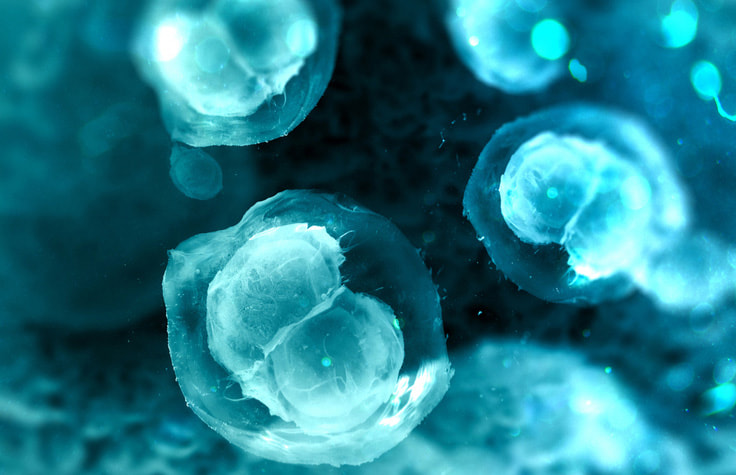 Ali Hellani, PhD, is a world-renowned reproductive geneticist and pioneer in preimplantation genetic screening and diagnosis (PGS and PGD, respectively). He is among the first to bring reproductive genetic screening to the Middle East, establishing Viafet Genomics Laboratory in 2010. Viafet is a network of genetic laboratories serving in vitro fertilization (IVF) clinics throughout the Middle East and Australia. In addition to PGS and PGD, Viafet offers noninvasive prenatal testing (NIPT), as well as exome and sequencing-based gene panel screening.

Soon after earning his PhD in molecular biology from Claude Bernard University in Villeurbanne, France, Dr. Hellani shifted his focus to reproductive genetics. The decision was based on a desire to help people, “It was always my ambition to move away from conducting scientific research in a university or research institute,” Dr. Hellani said. “I wanted to be in a clinical laboratory setting where I could develop and perform important screening and diagnostic reproductive genetic tests. It’s why I founded Viafet.”

Dr. Hellani spoke with iCommunity about Viafet’s transition from previous technologies to Illumina next-generation sequencing (NGS)-based tests, and how using the VeriSeq PGS Solution on the MiSeq System has enabled him to expand Viafet’s network and service offering.

Q: How has Viafet's genetic testing offering changed over the years?

Ali Hellani (AH): Initially, Viafet offered the reproductive genetic testing for IVF that was available at the time. In fact, many of the PGS protocols that we established are now used by scientists worldwide. We later expanded our area of expertise to include exome sequencing, carrier screening, NIPT, breast-cancer screening, and other assays to meet the needs of families in the regions we serve.

The volume of genetic testing that we perform for IVF has increased dramatically over the years. When I began working in 1999, we were performing PGS for 20–25 cases a month. Today, Viafet receives more than 400 PGS cases a month that we are performing using the VeriSeq PGS Solution.

We’ve also expanded the regions that we serve. In addition to our first laboratory in Dubai, United Emirates, we have laboratories in Sydney, Australia; Jeddah, Saudi Arabia; and Beirut, Lebanon. We are also planning to open a lab in Riyadh, Saudi Arabia.

Q: How have reproductive genetic technologies changed during the last decade?

AH: PGS technologies in the early 2000s were relatively primitive, and have since evolved dramatically. We started with fluorescence in situ hybridization (FISH). Initially, we were performing FISH with 3-5 chromosomes, then 7 chromosomes, and finally 12 chromosomes. We were excited to use FISH because it enabled us to see the chromosomes in the embryo and understand its physiology. However, we couldn’t see all 24 chromosomes. To obtain a complete view of the chromosomal landscape in embryos, we added microarrays to our testing portfolio in 2008 and NGS in 2014.

Q: What prompted Viafet’s transition from FISH and microarrays to NGS technology?

AH: There were several reasons why we made the transition to NGS. First, NGS is much less hands-on, which reduces the likelihood of human error. Second, NGS is more comprehensive than FISH for PGS1, with FISH only evaluating 5-12 chromosomes. Third, NGS might also be better at detecting mosaicism2 and deletions and duplications than microarrays. Finally, NGS is automated and can process a higher number of samples per run. It takes us about three hours to amplify the DNA and perform library prep. We load the MiSeq System with samples, and it sequences, generates data, and then analyzes the results with BlueFuse Multi Software. Our laboratory personnel can load the system and walk away.

Q: Why did you chose the MiSeq System?

AH: When we opened our laboratory in Sydney, we were looking for an NGS system that could handle a large volume of samples with reproducible performance. We compared the MiSeq System with another sequencing system for three months. We were looking for a system that required the least amount of intervention. We learned quickly that the MiSeq System was reliable, completing 50 runs with no issues.

Q: Why did you choose VeriSeq PGS Solution?

AH: The VeriSeq PGS Solution helps us know the status of the chromosomes and regions that we should, compared with obtaining only a partial view with FISH. It also offers better mosaicism detection than microarray-based comparative genomic hybridization (aCGH). We feel confident that our aneuploidy testing is accurate and stable.

We chose to use the VeriSeq PGS Kit on the MiSeq System because it offered us fewer headaches, less stress, and more peace of mind. Illumina is the market leader, and there’s a reason for that.

Q: What was your experience like training people on the VeriSeq PGS Kit on the MiSeq System?

Q: What other NGS systems do you have in your laboratories?

Q: How does the cost of NGS-based genetic testing compare to other technologies?

As patients become more aware of the testing options available to them, they have begun requesting NGS-based PGS by name.

Q: What’s your vision for Viafet in the future?

AH: Our goal is for Viafet to offer a complete set of preimplantation, prenatal, and postnatal genetic test services. In 2016, we met this goal. We hope to expand our reach of referral centers to offer our services to patients in need, particularly in developing countries. NGS is making this possible.

Learn more about the Illumina systems and products mentioned in this article: